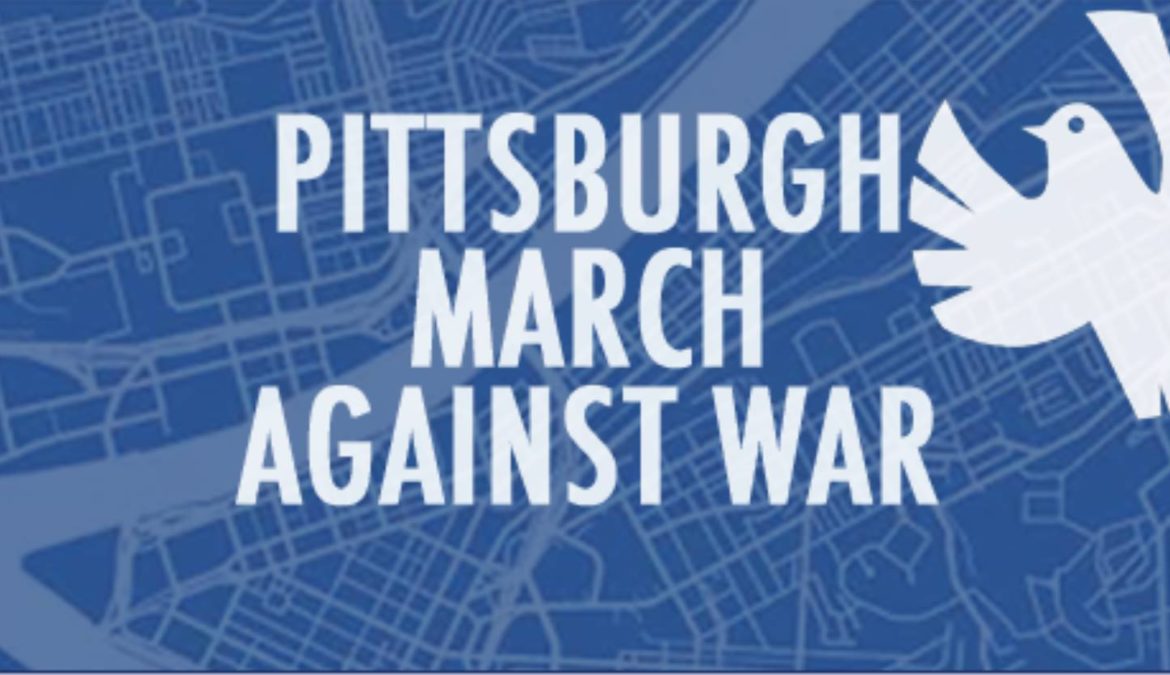 This event is organized by Pittsburghers in Solidarity Against War.

The unilateral military actions and proposals of the Trump administration threaten to draw the United States deeper into the cycle of perpetual war. We believe ordinary people, through bold, nonviolent activism, have the power to stop the next conflict.

We seek to rebuild the mass anti-war movement by opposing military spending increases, the irresponsible use of force abroad and the outsized role of the military industrial complex, with a large demonstration on July 1 — Pittsburgh March Against War.

Pittsburgh must stand united in its opposition to a growing militarism that has sparked reactionary movements around the world, threatens to slash social service budgets and allows private corporations to profit excessively off of the production, and ultimate use, of destructive weaponry.

We will assemble in Schenley Plaza at 1 p.m. for a rally under the tent with speakers and music, followed by a march through Oakland at 1:30. Along the way, we will stop at various sites and voice our disapproval of local institutions that profit from war. The march will end in front of the Cathedral of Learning, on Bigelow Blvd.