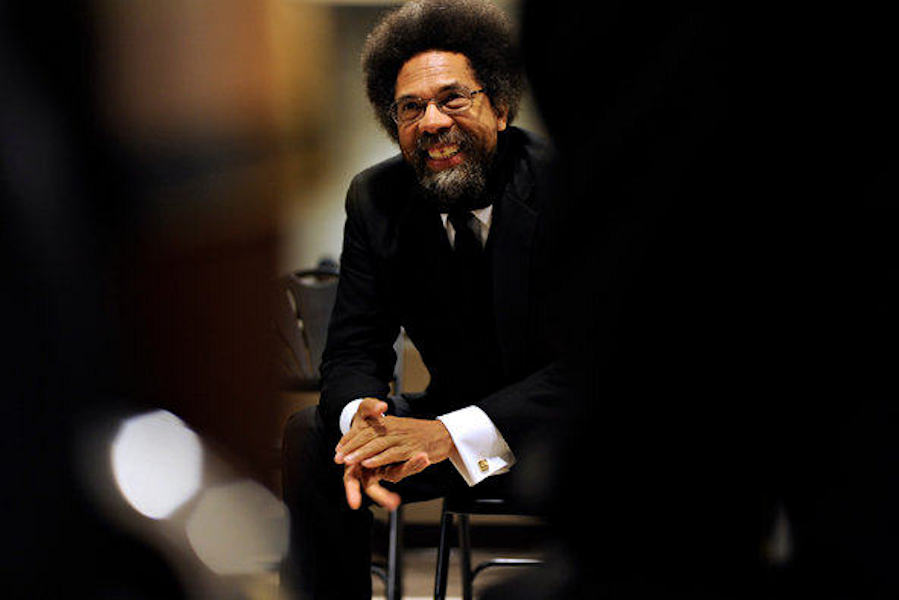 Dr. Cornel West Endorses the Movement to Draft Bernie For A People’s Party

“The neoliberal vision of the Democratic party has run its course. The corporate wing has made it clear that the populist wing has little power or place in its future… The time has come to bid farewell to a moribund party that lacks imagination, courage and gusto,” wrote Dr. West in an op-ed in today’s Guardian announcing his support for a new party.

“And if brother Bernie Sanders decides to join us… we may build something for the near future after Trump implodes,” Dr. West continued.

Draft Bernie was launched in February by a group of Sanders campaign staff, delegates and volunteers under the direction of founder Nick Brana, the former national political outreach coordinator on Sanders’ presidential campaign and the former electoral manager with Our Revolution.

The Draft Bernie movement seeks to convince Sen. Sanders that the Democratic Party is corrupt beyond redemption, and that the creation of a new party is necessary to turn the nation’s profound desire for progressive change into a political transformation.

“Dr. West is a moral compass for the progressive movement. He was one of Bernie’s first major endorsements for president. Now he is leading the way once more by calling Bernie to a new people’s party,” said Brana.

Dr. West is the second Sanders campaign surrogate to endorse Draft Bernie. In March, Josh Fox, the Oscar-nominated filmmaker and anti-fracking activist, joined the movement remarking, “When people are not represented, new parties are born… We need to say to Bernie, ‘It’s time to distance yourself from the Democrats and to start something new and we’re behind you to do that.’” As surrogates, they traveled frequently with Sen. Sanders. Dr. West was one of the first and most prominent influencers to endorse him.

In only two months, the Draft Bernie movement has built a national field program with organizers in nearly every state and large metro area. The crux of the effort to convince Sen. Sanders to helm the new party is a petition gathering effort and a crowdfunding campaign whereby supporters pledge a given amount with their credit cards conditional on Bernie heading up the people’s party. Aside from its growing ground organization, Draft Bernie is also organizing on its website (draftbernie.org), its Facebook page, and its Twitter page. Brana has also been interviewed numerous times by major progressive media, including Jimmy Dore, Lee Camp, The Real News Network, Real Progressives, Caitlin Johnstone, and Tim Black.

In an interview with Amy Goodman of Democracy Now on Dec. 1, 2016, Dr. West provided some insight into his view of why the Democratic Party “has simply run out of gas.” He cited its allegiance to Wall St., the re-election and continued party leadership of Con. Nancy Pelosi, and its unwillingness to adopt anti-fracking and anti TPP policies on the Platform Committee.

“Bernie began the campaign with nothing but his message and his integrity. He was a little-known democratic socialist going up against a household name. The media and the party were against him. He had no money and no super PAC. Yet Bernie launched a political revolution in just one year,” said Brana.

“The Sunday shows, the stadiums full of electrified supporters, the quarter of a billion dollars that Bernie raised; all of them followed from his message and his integrity. Those are the true source of Bernie’s power. It’s an honor to be joined by Dr. West, someone who understands that our movement wins when we cast out the logic of incrementalism and represent the progressive views of the majority without reservation or retreat.”

Dr. West has held professorships at Princeton, Yale, Union Theological Seminary, the University of Paris and Harvard, where he is currently a Professor of the Practice of Public Philosophy. He has written 20 books and edited 13 others. The best known of these are Race Matters and Democracy Matters, and his memoir, Brother West: Living and Loving Out Loud, all of which are considered classics.