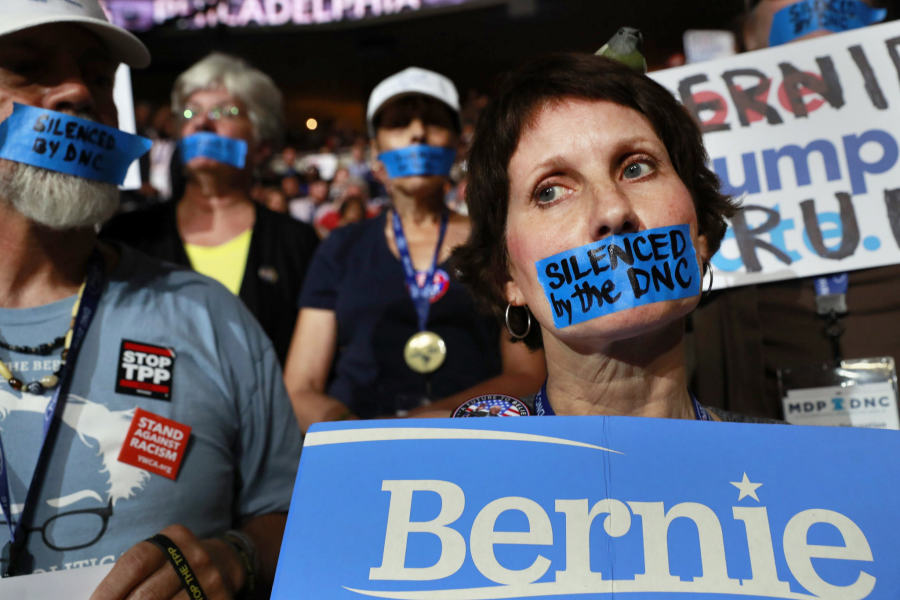 (WASHINGTON, D.C.) — Today the Democratic Party issued a stunning rebuke of its base by picking establishment-enthusiast Tom Perez to lead the DNC over a progressive candidate endorsed by Bernie Sanders.

The Democratic Party has now made it perfectly clear that it will not be the vehicle for the political revolution that Sanders ignited last year.

The last two DNC chairs, Debbie Wasserman Schultz and Donna Brazile, helped rig the primary against Bernie Sanders. Now the man who urged Hillary Clinton to whitewash Sanders’ campaign will run the DNC during the next presidential election in 2020. There is no future for progressives in the Democratic Party.

If Sanders creates a new party, we would start with at least half of the Democratic base. Then we would add independents, anti-establishment voters, the white working class, young voters, third party supporters, people who’ve given up on the political process, and many conservatives who just want a decent life. Now we’ve got something much larger than the Democratic and Republican parties.

Our country was much more sharply divided over slavery than it is over present-day money in politics and inequality. Yet Lincoln’s Republicans replaced the Whig Party in four years. If Sanders starts a people’s party representing the views of the large majority of the American public, we can replace an establishment party in four years too.