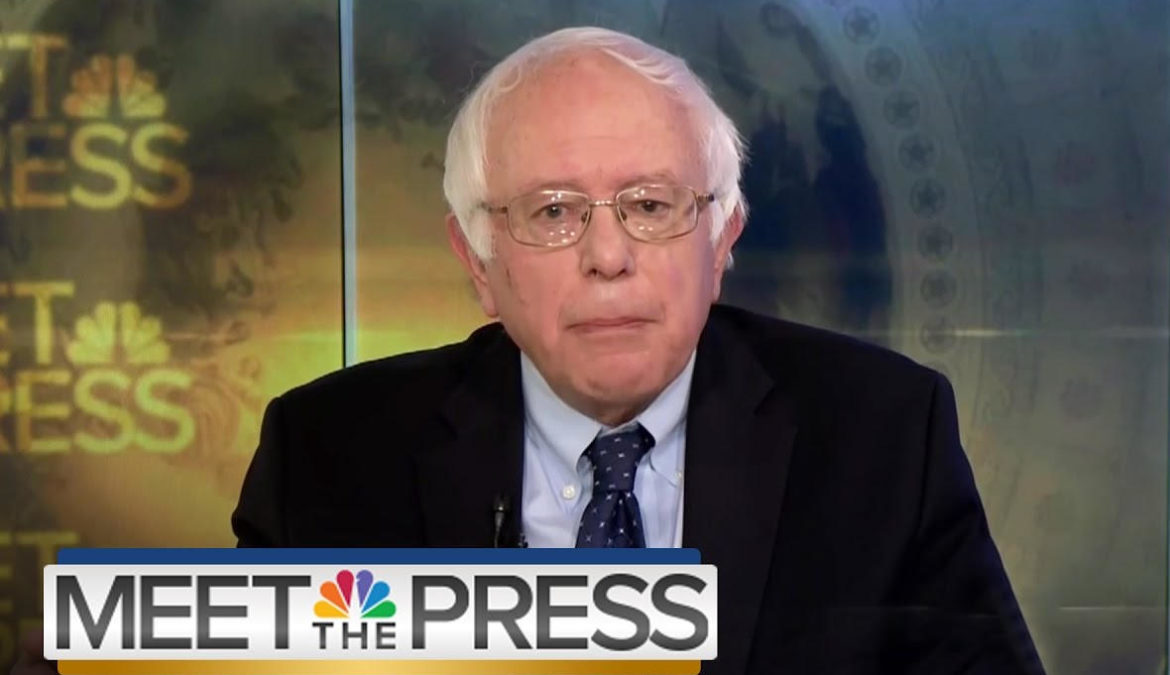 Washington D.C. — (2/12/17) The Draft Bernie campaign was pleased to see Sen. Bernie Sanders leave the door open to starting a new people’s party in an interview with NBC’s Meet the Press this morning.

Far from rejecting a new party, Sanders kept it on the table, as he has done many times before. For instance, in a C-SPAN interview in June of last year, Sanders told Steve Scully, “The action is going to be in the Democratic Party, or perhaps a third party . But the goal right now is to open up the Democratic Party to millions of people.” He reiterated this position in an interview with Amy Goodman in late November.

Sanders’ highest commitment is not to any particular political party, but to realizing progressive change for the working people of this country. That is why the senator always qualifies his remarks by saying that reforming the Democratic Party is his approach “right now,” not forever and always.

Sanders efforts since the election have sparked a conversation between reforming the Democratic Party and creating a new party. The American public has now answered that question with a resounding call for an independent alternative.

Gallup figures reveal that the number of Americans who identify as Democrats has fallen by a staggering 20 percent since the presidential election. That represents about 14 million Democrats who have gone independent since November.

The movement out of the establishment parties is a striking national referendum in favor of a new people’s party. A majority are now calling for a major third party.

Millions of hard-working Americans are joining Bernie Sanders as an independent. They are waiting for a leader like Sanders to unite them into a political force that can revolutionize the country. As a lifelong independent, Sanders is well aware of the option of starting a new party.

The launch of Draft Bernie for a People’s Party has been been met with a reawakening of the electric enthusiasm and hope that drove Sanders’ presidential campaign. Last year, Sanders called progressives to the political revolution. Now thousands of his supporters have joined to call him to a new people’s party.

Bernie is a man of the people. If we show him that we’re ready to found our own progressive party, he will listen.

30 thoughts on “Sen. Sanders Leaves the Door Open to a New People’s Party”